This article was adapted from an original article by the Modular Home Builders Association, found here.

It seems as if the topic of modular construction has become quite popular these days. But with this newfound popularity comes a great deal of confusion and even misinformation. We often gets calls from people asking about the “modular building code.” So, let’s tackle that question first by stating there is no modular building code. 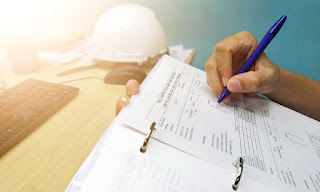 What our industry does have is a series of administrative rules and regulations, and in some cases guidelines and standards in place. But in terms of the building or home itself, our industry constructs to the same applicable building codes as our site-built peers. In the United States, that is typically a state-adopted version of the International Residential Code (IRC). The codes are updated every three years, with the latest version known as the “2018 IRC”. Each state has its own code adoption cycle and polices for amending the codes, resulting in a national base-model code with many regional variances.

If the code is silent on an issue, it is presumed that the code applies, as silence in the code is not an exemption from the code. Precisely because the word “modular” is not in the codes and the topic is gaining in popularity, our industry has been working with the International Code Council to develop a series of guidelines and standards.

Guidelines are not codes or standards and use non-mandatory language. A guideline is a tool to educate and guide a code official or end user relative to a specific topic or use. While not enforceable, it does give jurisdictions a great deal of relevant information about what kinds of questions they should be asking and provides end users a safe path forward until such time as the building codes can catch up. Guidelines are often used to address emerging trends and technologies, as the codes themselves tend to be very reactive. Remember, in the U.S. the codes are updated every three years with state adoption cycles trailing behind. Practically speaking, the 2018 IRC may not be adopted and in force in some states for another six to nine years.

Standards are developed when it is determined that there exists a lack of regulatory documents necessary to govern a given subject. There are many standard writing bodies including ANSI, UL, ISO, and CSA developing standards for everything from consumer products to classroom acoustics for example. The purpose of a standard is to bring together stakeholders including consumers, producers, and regulatory authorities on a particular subject to develop “the way things should be.” As the name itself implies, they establish an agreed upon standard way of doing something.

According to the ICC, “The regulation of the built environment is a unique experience within the United States. Even those within the industry may understand only a part of the process pertaining to their location or discipline. Codes and adoption process can vary significantly from state to state, and in some cases even county to county.” The building codes regulate how we construct homes and buildings. The codes are adopted and regulated at the state or provincial level and most often enforced at the local level by the “authority having jurisdiction.”

Within the building codes, there is no mention of special treatment, exceptions or exemptions for projects built using modular construction. Therefore, these projects must meet all applicable sections of the building code. When many people ask about the “modular code” what they are really asking is this: “What rules and regulations do I need to know about to build a modular project in a particular state.”

The modular industry is primarily regulated at the state and provincial level, unlike the federally regulated HUD Code manufactured housing industry. Most states (thirty-five at last count) have an administrative agency or office that oversees the industry and sets out the requirements for doing business. These requirements, while different from state to state, generally address items such as the inspection process in the plant, quality control issues, and how building plans are to be submitted, reviewed, and approved. We stay in regular contact with these agencies to help ensure a fair balance of allowing the industry to build a safe product without excessive regulatory requirements.

Given the number of state programs and the variances in them, the industry and the ICC are currently developing two new ANSI Standards: ANSI/ICC 1200 Design, Fabrication, Construction, and Assembly and ANSI/ICC 1205 Standard for Off Site Construction Inspection and Regulatory Compliance

It is this second standard, ANSI 1205, which we hope will ultimately replace the thirty-five unique state program rules and requirements. These working groups meet regularly and have an expected publication date of September 2021 for these standards. At that point, we will work to get the standards referenced in the next cycle of the building codes and within the state administrative programs.

One of the great benefits of being a member of the Modular Home Builders Association is that with your input, we are involved in shaping our industry’s regulatory framework.