You’re a modular home builder or the Human Resource Director at a modular home factory and need to find skilled labor to keep your business operating smoothly. It used to be that all you had to do was call the employment office or place a help wanted notice in the newspaper and Voila!....applicants.

Wait a minute, that was then, this is now. The skilled labor pool is aging and most have settled into a very comfortable life of full time employment. The workers that were in their sixties have begun to retire. 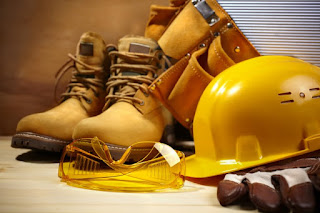 So where is the new pool of skilled labor needed by the modular housing industry?

Probably sleeping in late in their parent’s basement. Generation Z, those born after 1995 have little or no interest in doing “hands on” skilled labor. High paying construction jobs are waiting for them if they could just become self motivated enough to learn how to do them.

Every factory, warehouse and delivery company in my area has begun plastering "Help Wanted" signs along the highways with the lowest starting wage at $17.00 an hour. Some are even offering $19.00 an hour. That's more than $38,000 for a full time job.

Gen Z and their older siblings, the Millennials, are the most educated generation ever, but it’s taking a lot longer for them to launch their careers. What is worrisome is that many of them blame older workers still on the job; that they’re not crowding them out of the good jobs. That’s simply not true or there wouldn’t be a labor shortage.

The lockstep march from school to work and then onto retirement no longer applies to Gen Z and Millennials. Long-term structural economic changes have created a new phase in the transition from youth dependency to adult independence.Gen Z'ers are slow to get traction in careers that pay a living wage. It now takes the average young worker until age 30 to reach the middle of the wage distribution; young workers in 1980 reached the same point at age 26. Young adult labor force participation rate is down after 50 years of growth. Young people have experienced the most substantial setbacks. As their access to blue-collar occupations has declined over the past 30 years due to trade schools being closed or under funded, they have been left either unable to find work or are increasingly likely to work in food, personal service, sales and office support occupations that often pay low wages. In 1980, young people earned 85 percent of the average wage in the labor market; today, they earn only 51 percent of the average wage.The enormous declines for young men is due in part to their failure to keep up with the growing skill premium in the labor market relative to young women. Young women began enrolling in college and earning college degrees at higher rates than men in the 1990's, and the gender gap has widened in the years since.Young men with only a high school education were the most vulnerable through the last decade, and continue to struggle. Between 2000 and 2019, the full-time employment rate fell from 80 percent to 56.2 percent for young men.

It’s not about Gen Z's culture or work ethic. They have been shielded by their parents, their teachers and their even peers from learning manual skilled labor, which usually pays a lot more than working at Starbucks. Vo-Tech schools in many states are being repurposed as incubator schools for music and art, software and app program and other specialty fields.For older adults, the long-term trends are more encouraging. Life expectancy at age 65 has increased and health outcomes have generally improved. Older adults’ employment rate, wages, income and wealth levels have risen over the past three decades, especially for college-educated adults. Many of these older adults have also shifted out of blue-collar occupations into high-paying managerial or professional office, STEM, and healthcare professional and technical occupations.

You would think the Gen Z'ers would be rushing in to fill these empty slots but are not as they have never been expected to do manual labor.In the end, young adults need more education and training — something the U.S. post-secondary system seems curiously bad at delivering.

The labor shortage isn’t because there are not enough people to fill the slots, it’s because we have raised a generation that has not been exposed to manual labor, are untrained for it and have been told they will be looked down on if they ‘settle’ for production work.

Gary Fleisher is a housing veteran, editor/writer of the ModcoachNews and Modular-HomeCoach blogs and Modular Construction Industry Observer and Information Gatherer