If other cities and towns in the US pass the same new Zoning Plan as Portland, Oregon, we may see the end of neighborhoods where you can afford to build a 2,000+/- sq ft single family home or even want to. 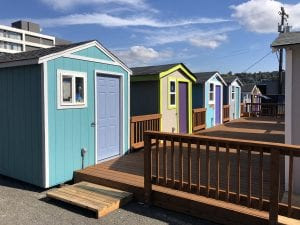 According to The Urbanist,

“Portland City Council voted three to one to allow four homes to be built on any residential lot in the city. As an added incentive to affordable housing developers, if at least half the homes are affordable to low-income residents, the limit increases to six per lot. The reform, which is titled the Residential Infill Project, superseded exclusionary single-family zoning that consumed the overwhelming majority of buildable land in Portland.”

This is a good way to increase the number of single family housing units by up to six fold on what was a single family home building lot. More singles and families should be able to find affordable rentals and also buy homes.

On the face, it looks like a real winner for the city of Portland.

However, let’s look at what could (and probably will) happen when the new zoning goes into effect.

First, the cost of a vacant infill lot will jump dramatically, up to 4-6 times its most recent asking price. Lot owners that don’t want to develop the lot themselves will make a lot more money selling it than it was worth only a month ago when a single family home was the only dwelling allowed.

Next is the infrastructure costs for both the city and the developer which will be passed directly onto the renter or buyer. New utility services or upgrades may need to be added, especially if a small neighborhood has a lot of infill properties.

Also look for code enforcement to go in one of two directions when enforcing building requirements. They will either be told by the City Council to “go easy” on these new houses or if they aren’t given that order from the Council, will they enforce current building requirements that many of those ADU’s and Tiny Houses can’t meet? That one is, in my opinion, still too close to call.

Then we have current homeowners that will either add more houses to their property or if they decide to sell, will get a big boost to their selling price.

Look for developers to run through some R1 neighborhoods with lower priced homes asking homeowners if they would like to ‘cash out’ on their homes. Then the developer would either add up to 5 low income tiny dwelling units or tear down the house and build 6 low income houses.

First we will see an exodus of homeowners that don’t want those new houses popping up all around them and deciding to put their homes up for sale.

Secondly, this new experiment of eliminating the R1 designation and replacing it with “Residential Infill” zoning will be closely watched by other cities and towns looking to add housing to their already crowded cities.

Gary Fleisher is a housing veteran, editor/writer of the www.ModcoachNews.com, www.Modular-homecoach.com blogs and the ‘coming soon’ www.ModcoachConnects.com, Construction Consultant’s Directory.