As architect J.B. Clancy began sketching a country retreat for his longtime friends from New York City, he was looking for the right balance between modern and traditional. Clancy, a principal with Albert, Righter, Tittmann in Boston, refined the drawings with his clients’ input, and each variation included more New England vernacular — a steep pitched roof, a generous overhang of eaves, and a covered front porch — while retaining light-filled, open spaces within. 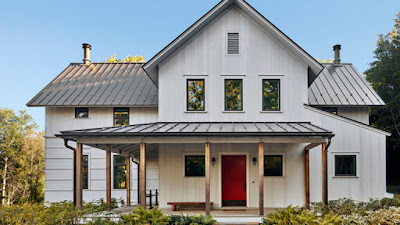 “They wanted it to feel fresh and new but still fit in with the rural Connecticut landscape,” he says. 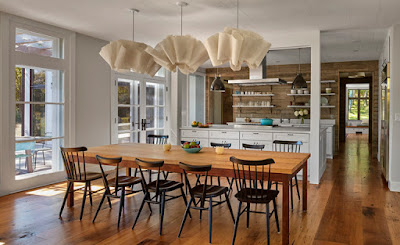 To speed the building timeline, the owners hired Huntington Homes of East Montpelier, Vermont, which specializes in energy-efficient, factory-built, modular construction. The house has a superinsulated envelope, and the main rooms are oriented south to capture passive solar heat. 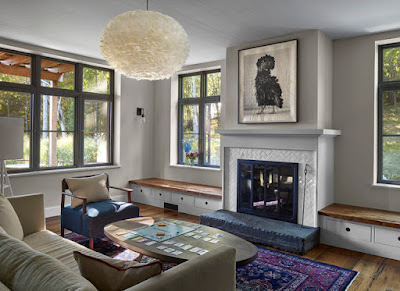 What the owners now call their modern farmhouse sits high atop a rise at the front of their 112-acre wooded property in Litchfield County, Connecticut. A gravel driveway that winds its way up from the road follows a path beside an old stone wall. 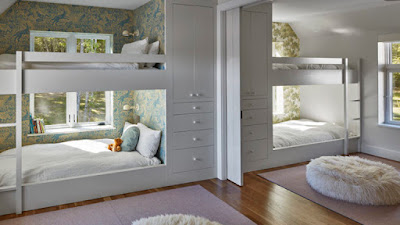 Email ThisBlogThis!Share to TwitterShare to FacebookShare to Pinterest
Labels: homez