We’ve all heard the stories of how much harder it is to build a modular home in some states and communities than site building a home. Builders email me almost weekly about a problem they encountered with a local code enforcer or with their state’s code office.

Rarely do I get one from a factory telling me about problems they run into while designing or building a modular home. I don’t know if they aren’t having any problems or if they just don’t talk about them openly. 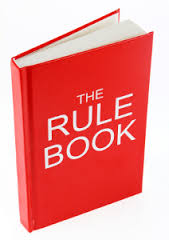 Over the weekend I received an email from an East Coast builder telling me about yet another problem he ran into with the State and local code offices. Seems like the customer wanted a change to one room after PFS and the Certified Sprinkler Installer had both signed off on the plans and submitted them. The sprinkler system had to be redesigned and resubmitted showing the exact same system and head placement as before costing the home owner 2 weeks and another design charge. Yes, it was the homeowner’s fault that this happened but if it had been a site built home, there would have no need to resubmit the sprinkler plan.

I began wondering if there really was a problem with National, State and local regulations that single out modular home construction or are most of the problems just part of the modular building process.

I asked a few people in the modular industry about it.

Here is a response from one factory owner in the  that sums up a lot of the problem areas in the modular home process:

I think that a lot of the frustration is caused by the different approach that modular home building takes, compared to site building.

In site building, the builder knows all. They are responsible for knowing the ins and outs of the project, for making sure it is up to code, etc. etc. and they get to touch and feel each part of that project. They can get information from their lumber supplier which shows engineering information, and of course an inspector can stop in to make sure they are on top of things at each phase of their process. And, building departments are used to this, which is a big factor.

In modular building, there is a shared responsibility between the factory and the builder. We, as the factory, are responsible for making sure our homes are designed properly and approved at the state level, as well as inspected and sealed by our third party engineering company. Our builders are almost completely out of the loop on this, other than being able to read our standards lists and their order. The builder is responsible for telling us about any specialty codes that county may have because the factory does not have enough manpower to know each code in each county (several of our states allow their counties to supercede the state on code requirements).

The builder must go to the building department, with a partial knowledge in my opinion, of how the home will be built, and show the county building department documents that have been prepared by the factory for the state. So I think that at least the first time our builders work with a certain county (which can happen often because our builders are going further and further for business), they go through a learning curve. If our builder is dealing with a small or medium sized county, they struggle through this curve and then it is easier the next time. If they are dealing with a larger county, they are forced to get more information from the factory, put together in a new format. The factory engineering department is used to putting our information together in a certain format and when a rep comes in and asks for them to put it together differently, especially more thoroughly than they are used to, it gets thrown to the bottom of their pile.

All of that being said, I think the midwest is much easier to build in than the east coast, as far as regulations and inspections are concerned. First of all, land is not our problem, we have a lot of it. Unlike a lot of east coast factories, we have stocking builders that are over 500 miles away from us. Since there is a lot of wide open space, many of our builders focus on rural building, and in my opinion will do a lot to avoid building in or near larger cities because they do not want to deal with the larger building departments and more stringent regulations and inspections. This means that a lot of our builders are building in towns that may not even have a permitting department, or if they do, have one inspector. After their first home gets in and looks good, they will never be inspected at another job. So, I think that you will find that most of our builders do not have a lot of issues with getting permits, passing inspections, or dealing with regulations.

I will finish by beating up our industry a little bit, specifically in the .

As a factory owner in the , I can tell you that we are complacent about making this process easier because there is a lot of business to be had through smaller counties with easier building departments. If we ever decide to grow substantially we will need to focus on this issue.

We at the factory, are almost pushing our builders to only focus on more rural projects because of the difficulty of going through the building process in larger towns and cities. The few builders we have that are prepared to fight this battle and get into bigger areas, are often further dissuaded when we say we will not build to a code like electrical conduit being required in Chicago because it could choke our line, forcing the builder to spend more time and money to get it done on site. This is something that will have to change if we ever want to have more than a 3% market share.

Either factories will have to spend money on line improvements and technological advancements to make building better homes easier-which means we can keep our production speeds the same and our prices similar to where they are or we are going to have allow ourselves to build better homes, slower than we are used to running our production lines. Then we will have to be ok with not selling our homes based on price only, but rather selling them based off of quality improvement over site building, which is where we will need a lot of improvement from our builders.

An East Coast factory owner added more insight into this matter talking about how complicated modular home construction has become:

In my opinion it is quite simple. Our exposure to codes and compliance is much more closely monitored than our stick built cousins. The scrutiny given to structural and codes in building a modular product far exceeds any engineering done on a stick built home.

Stick builder go to the Wood Frame Construction Manual, we are forced to have an engineer look at the package and he then develops a calculations package. I have seen us build 20” reverse gable with 1 ½ “X9 ¼” framing members for the first two rafters and the span is only 15’.

Honestly it is that simple. Now there are more blatant displays of discrimination that put us at a disadvantage, like , where we are just singled out for discriminatory practices (Sprinklers mandatory in all modular homes built) and a few other smaller issues in other states. And Remember  with their enforcement of the devisable load laws!!!! and how strongly they enforce them.

The worst part is, what can be done about it? The product that builders want manufactured has become increasingly more difficult and intricate to build. That requires more structural, because we build in components meant to be joined once on site as opposed to simple one piece framing. The only advantage we have to offset these increases in engineering costs and fees is that we have a readily available workforce to manufacture the product for the builders.

Costs savings on the price of the home from the factory are no longer an issue for builders in most markets.

Another East Coast factory added that a lot of small problems in isolated localities caused by local code enforcers can drive both the factory and the builder to look for a quiet place to hit their head against the wall:

We’re running into problems in certain municipalities in  with  reconstruction, but that’s mostly because one town or another (principally, it seems, by fiat of one or two inspectors) begins adding to the code.

For example, Little Egg Harbor requires modular home factories to insulate supply lines and traps even though, to my knowledge (which could very well be incomplete), it’s not required by the 2009 IRC, and it hasn’t been required by any other code official in New Jersey (that I’ve heard of).

I don’t know if New Jersey’s DCA permits locals to adopt requirements that are more stringent than the code, but it’s just a battle not worth fighting, and these last-minute “oh-by-the-way” requirements are sometimes more difficult to deal with than up-front difficulties of building in, say, Maryland, where at least the rules are clear and every builder should, in theory, be on equal footing.

With that said, every inspector, it seems, has a family member in the deck-building business or HVAC business and seems to over-critique a factory installation that took a local job away.

These are real answers from real factory owners. This is a side of the equation that most modular home builders rarely see and to hear that factories also have their share of problems with codes and regulations aimed at them that site builders don’t should be an eye opener for many.