Before Lowe’s or Home Depot were household words, I managed one of the largest Lumber Yards in PA. We sold to both the DIY crowd and contractors. Life was quite different in that store than what we see today. 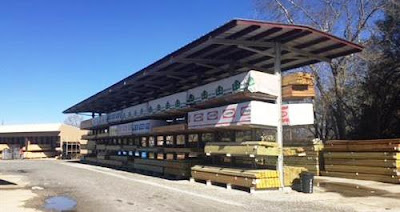 Instead of everything being under one roof, we had a huge warehouse and covered sheds located around the building. It was a union yard force and store employees were not allowed to go into the warehouse to get anything for the customer.

The owners, trying to make things easier for the yard staff to help customers, began a new policy of having the sales person announce the customer’s name and the first item they wanted in either the warehouse or in the yard so the yard worker knew where to go first. One day Mrs Bogar bought a few roofing items to finish to her garden shed and when the salesperson announced over the PA system where to meet her in the yard, we all heard “Mrs Bogar coming to the yard to get felt, Mrs Bogar needs felt.”

Let me talk to the expert
On another occasion a rough looking guy came and talked to Suzi, one of the female salespeople, who was stocking shelves in the electrical department asking if she could get someone that understood electrical stuff. She simply walked over to me and said there is a guy in the electrical section that needs my help. After I listened to what he wanted, I told him I would get our electrical specialist. I brought Suzi back to answer his questions. He gave both of us a scowl and walked out the door. She really did know more than any of us!
Take this job and shove it

One day a yard worker came into my office very upset about his paycheck and told me he wasn’t being paid what he’s worth. I looked at him and said, “Thank God for minimum wage or you would be.”

We had just finished stocking an endcap display with 40 one gallon cans of Polyurethane for a sales ad, when all of sudden the top shelf gave under the weight and fell onto the next shelf and so on until all 40 cans had crashed to the fall. 8 cans broke open pouring their gooey mess everywhere. We grabbed anything we could find to keep the goo confined and then poured cat litter over it. Then we swept it up leaving behind the most beautiful floor you’ve ever seen.

Playing poker with a fresh deck

With 7 delivery trucks on the road each making at least two round trips a day to job sites, there was always a story or two. My favorite, not at the time however, was the flatbed that was loaded with 4x8 drywall and ½ inch CDX plywood. After the drywall and CDX were unbanded, a huge gust of wind came up and dealt both items like a poker player dealing cards. Drywall flew everywhere including into the street and the neighbor’s yard. The CDX was mostly dealt into the home under construction. 2 hours and 6 people later it was cleaned up.

I really loved those windows

A special order of Pella windows arrived for a high end contractor. Prairie style girds between glass in a special color. Needless to say, the new forklift operator drove the fork through an entire stack of them. Had to wait another 4 weeks for replacements.

I had a very good humored contractor sales counter guy named Sam that would not allow anything ruin his day. One day a contractor came in yelling and screaming that we sold him a defective door. After listening to the contractor admit that he didn’t read the instructions that came with the commercial fire-rated door before tried to install it, Sam told we would order him another frame only to be told that he could shove the door up his ***! “Too late” replied Sam, “There already a window up there from this morning!”

I see the light

Danny, one of my DIY sales people was explaining to a customer, a very nice woman, the benefits of an insulated double glazed window that contained inert gas. She asked what ‘inert’ gas was and Danny said “it’s gas that isn’t ert!” He sold her an entire house of windows. Best sales person I ever had.

Danny was also the sales person showing a husband and wife kitchen cabinets when the husband said he would never buy cabinets made from crappy chipboard. Without missing a beat, Danny explained these cabinets weren’t made with crappy chipboard but rather with industrial substrate fiberboard. The husband smiled and told his wife that he heard this was much better than chipboard. “A rose by any other name would smell as sweet”

How big is that chicken?

One of my best stories was when the owner of the Chinese restaurant down the street came in to order a commercial grill hood. Danny asked him what size he needed and the owner looked confused and started trying to show Danny the size by waving his arms and drawing the hood in the air. That wouldn’t work so Danny asked if he could show him the size on paper. The owner said he needed a hood to cover a 12 chicken grill. Danny figured it out and on the special order was the description “6’ x 30” 12 chicken grill hood.”

If you have ever worked in a Lumber Yard or DIY Center, you probably have a lot of stories you could share!

Gary Fleisher is a housing veteran, editor/writer of the www.ModcoachNews.com, www.Modular-homecoach.com blogs and the ‘coming soon’ www.ModcoachConnects.com, Construction Consultant’s Directory.