Ben Carson, U.S. Secretary of Housing and Urban Development, praised the Broadway Lofts development in downtown Green Bay on Monday as an example of how local government and private developers can work together to help address the nation's critical shortage of affordable housing. 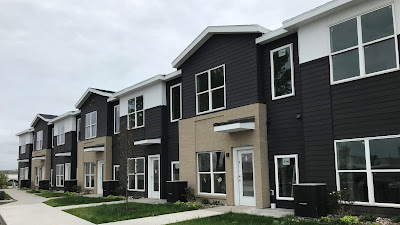 Carson said some local housing rules can get in the way of that creativity. He did not address specific regulations, instead focusing on the 25% of new home construction costs that HUD research has attributed to government regulations.

The one flaw with his thought process is that modular homes are put in the same room with tiny houses and container homes when in reality, they compete head to head with site built housing which forces that 25% government regulated cost being added to the price.

If even the U.S. Secretary of Housing and Urban Development is confusing modular with tiny houses, container homes and HUD ADUs, how is the consumer supposed to figure it out?

But wait a minute, maybe he isn’t confused and wants that 25% add-on for regulations to be removed for modular housing. Now that would be awesome!