The History and Future of the Modular Home Builders Association

With the 2020 Annual Membership Meeting of the Modular Home Builders Association approaching on October 9th, I would like to give you a little history lesson on how the association began.

Can anyone identify all of these IHMA founders?

In early March 1977, the modular housing industry in Pennsylvania found itself confronted with a sales tax issue that was unable to be resolved by any of the various trade organizations in existence at that time. In short, the Pennsylvania Department of Revenue was taking the position that modular housing manufacturers should be charging 100% sales tax on their invoices to builders, rather than the customary 60%, as was the industry’s practice. At that time, the Pennsylvania Mobile Home Association (PMA) had been expected to resolve this issue, but instead, failed badly. It was concluded PMA was probably influenced by their mobile home membership, who are required to pay 100% sales tax on their product, and since modular housing manufacturers were a minority membership in PMA, a full effort was not made for our industry.

Don and Chuck, with a clear understanding of the industry’s plight, went on a mission, and in a very short time accomplished the following:

First, a commitment was secured from Morgan Edwards, then the current Chief of the Codes Bureau in Pennsylvania, to become the first Executive Director of the association. In addition, a commitment was also secured from Herbert Packer to be the association’s Legislative Liaison. Next, Don & Chuck contacted all the modular housing manufacturers in Pennsylvania to discuss the forming of an association specifically for that segment of the industry.

The responses were highly favorable, and commitments in principal to pay dues to support the association were received.

In April 1977, Don and Chuck organized a meeting of all the modular housing manufacturers in Pennsylvania. It was held in Harrisburg for the express purpose of discussing the formation of our own association. The meeting was well attended and co-chaired by Don and Chuck. At that meeting, the vote to form our association was unanimous by those in attendance. Nominations for president were taken, and Joe Cimakosky of DeLuxe Homes of PA Inc. was voted in as the very first president of the association. Nominations and elections of the remaining officers of vice president, secretary and treasurer were completed and in another unanimous vote the association was officially christened the Industrialized Housing Manufacturer’s Association or IHMA.

The next order of business for the new IHMA occurred on the following day when Don & Chuck officially secured the services of Morgan Edwards and Herb Packer. Following their hiring, President Joe Cimakosky then called for a meeting of all modular housing manufacturers, along with Morgan Edwards and Herb Packer, to officially inaugurate the forming of the association. This inauguration was held in Berwick, PA, in the conference room of DeLuxe Homes of PA, Inc. in April, 1977.

Immediately following the inauguration of IHMA the first order of business was to resolve the sales tax issue that had prompted the association’s founding. This was done by forging agreements through several meetings with key personnel in the Department of Revenue, the implementation of new contractual language and a slight change in standard industry practices. Over the years manufacturers have successfully passed many state audits in Pennsylvania, as well as other states. In fact, the same documents forged from this initial solution are still being used successfully today throughout the U.S.

A Time of Success & Disappointment

The IHMA continued advancing the interests of the industry until the late 1980’s, when it was forced to discontinue operations due to a recession. In 1990 former IHMA members approached the Pennsylvania Builder’s Association (PBA) and proposed that a division of PBA be established for the express purpose of advocating for the modular housing industry. PBA graciously agreed to provide staff and office space for the first year and PBA staffer Fran Shane was hired as the Executive Director of the new Mid-Atlantic (MABSC).

In 1992 Mr. Shane stepped down and Steven R. Snyder was hired as the new Executive Director. Following the hiring of Mr. Snyder, the MABSC continued operating as a division of PBA until 1997 at which time the association reclaimed its physical independence and secured office space on North Front Street in Harrisburg, PA. During this period of time the activities of the MABSC continued to grow in scope and breadth to cover a larger geographic area.

It soon became apparent that the name MABSC no longer represented the expanded geographic area that the association was operating within. Consequently, in October 2000 the name of the organization was changed to the Modular Building Systems Association or MBSA. After this name change, operations continued to expand and in 2003 the MBSA hired Chad Harvey to help manage the increased workload of the association. In 2009, Mr. Harvey was appointed to the position of Executive Director.

In 2007 the MBSA celebrated the 30th anniversary of the founding of the association and looked forward to another successful thirty years of serving the industry. They continued to represent a large percentage of modular manufacturers throughout the United States and provide a forum where manufacturers, suppliers, service companies and builders could come together to foster the exchange of information and innovation for the benefit of the industry. The MBSA was proud to serve as the legislative, regulatory and educational voice of the modular industry this year and beyond.

When Chad Harvey left MBSA, the operations and future of the MBSA was put in doubt. After the 2008 housing recession, the few remaining members began trying to find ways to have it once again be of help to modular factories and their builders and put the MBSA into the capable hands of Executive Director Tom Hardiman and his group of dedicated people.

The MSBA name was later changed to the Modular Home Builders Association (MHBA) to better reflect the goals of the residential modular industry. It continues to grow under Hardiman’s leadership. Modular home builders from across the country have been joining the ranks and since then the MHBA has started a successful CAP ad campaign (Consumer Awareness Program) promoting residential modular housing to prospective new home buyers.

If you are a modular housing factory owner or a modular home builder and don’t belong, joining the MHBA will be a great move for you and help ensure the continuation of the goals begun in 1977. 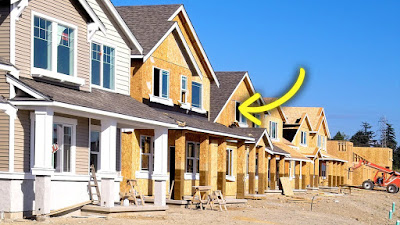