The question of the year for the modular housing industry seems to be "If modular construction is doing so well in 2020, why aren't site builders switching to modular?"

The modular factories have geared up to meet this surge in demand, commercial and residential developers are calling for more and more product and city governments are turning to modular to help solve their affordable and homeless housing crisis.
The one group of people that should be beating down the door wanting to get into the modular business is the small to medium single family homebuilder, Not only aren’t they clamoring to get on board but neither are the “new to modular” site builders.
One would think with the shortage of skilled labor available to site new home builders, they would be breaking down the doors are modular factories across the country.
Here are some of reasons why they aren't:
No National Campaign
The Modular Home Builders Association started a Consumer Awareness Program a couple of years ago to promote modular homes to new home buyers and it has proven quite successful. MHBA members I’ve talked with say that a number of their new prospects learned about modular through the program.
NAHB’s Building Systems Council awards Modular Home Builders and Factories that demonstrate excellence in construction and design every year. They promote modular and other types of systems building throughout the year with their monthly “Lunch N Learn” live webinars where members hear from experts in system built housing arena.
What is missing from both of these wonderful associations is training. There is absolutely no training to help new builders that want to begin using modular to build houses learn even the fundamentals of this industry.
If there is no national training, surely each factory must have a training program. No they don’t. Some do have an introduction into what the new builder needs to know about working with an individual factory but even that is rare.
Sales Reps are Busy
Imagine for just a minute that you are a sales rep for a busy modular home factory and your builders send you quotes, contracts, change orders, plan requests and a million other things to do and follow up on before a single home can be built. Now multiply that times 10 homes for each of your 6 builders. Whew!
There just isn’t enough time to do any prospecting, training, marketing, visiting a customer’s lot for a new builder. If a new builder called a sales rep today asking to see them at the builder’s office next week I would be surprised if many sales reps could make that happen.
In all honesty, is it really the sales rep’s job to prospect like it’s 1990 when that was a big part of their job description? Things were much easier then. No funky roof lines, no special orders without the Sales Manager’s approval, no customization and no hard core restrictions imposed by all sorts of government agencies, both state and Federal, and no problems delivering the modules. The good old days were actually pretty good.
Sales reps and their Sales Managers want new blood to begin buying homes but there simply not enough time to make a getting new builders part of their day, week, month or even year.
Today sees builders changing factories for one reason or another but almost no new ones are beating on the factory door.
Builders Thrown to the Wolves
Let’s say a ‘new to modular’ builder is determined to buy a house from a factory, any factory. What he/she faces is a path that looks like a game of Chutes and Ladders. 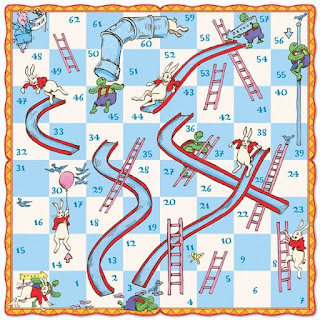 When a new builder presents their new rep with a plan to draw and quote there’s rarely a mention from the sales rep that it could take up to a month. When they do get their quote from their rep they look like a deer caught in headlights. There are line items beyond the price of the home and options they simply don’t understand.
Engineering costs for special wall and floor systems, delivery charges, estimated set crew costs, state tax and more. The sales rep sends it out and contacts the builder a couple of days later asking if they got the quote and if the quote was in the ballpark. “Ballpark?, how do I make sense of this. You never explained to me there would be charges for this and fees for that.” 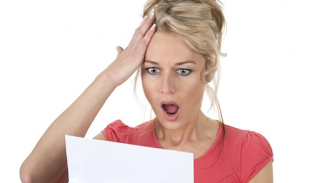 I just love ‘New to Modular’ builders. They actually think the factory sales rep is going to help them every step of the way from receiving the quote through pricing for the customer, finding a set crew and staging area, site prep including Engineer’s stamps all the way through helping them get the factory service department to the jobsite to make repairs.
This is one of the big reasons why over 70% of builders that try their first modular home fail to buy a second.
Lack of Training
Starting a training program for new modular home builders and continuing education programs for all a modular factory’s builders is not cheap. Huge investments in time and money are required.
Getting trained by the modular factory that a builder buys from might seem like a good thing but there is an ugly secret embedded in this process. Most builders, both experienced and new to modular, jump ship at least once with some doing it several times.
Maybe the builder’s sales rep left for another factory and the builder followed or the factory service department didn’t correct problems again or it could be as simple as the cost of one factory’s homes was less than another's. Whatever the reason almost every modular home builder has jumped ship. That’s a problem every factory shares.
So what happens when a factory that has invested heavily to start and maintain a training program sees one of their ‘trained’ builders leave with all that knowledge and go with a factory that hasn’t invested a penny in training? Do they say ‘that’s OK, we love training builders for other factories” or do they simply say “why should we train anyone?”
Bring on the Developers
The modular housing industry is rolling along quite well at the moment without bringing in new modular home builders however. They have commercial developers that are simply throwing work at the factories. I recently heard that one East Coast factory bid on five huge commercial projects hoping to get at least one of them. They won all five!
What do you think will happen to their builder network when those projects hit the production lines leaving no slots for their builder’s homes?
Why are there no lines of new modular builders beating down the factory door wanting to be part of construction’s answer to growth? The answer is as simple as no time to help them, nobody to train them and really no interest in bringing them in at this time.
Recently a new opportunity has arisen that should help even the most experienced site builder, Realtor, Veteran and even small developers get all the training and help to get started on the path to success in modular and that's Impresa Modular Franchise. With a network of authorized modular factories across the US, Impresa is working with many "new to modular" franchisees to be the leaders in modular housing in just about every part of the country.