My Interview With the Modular Industry’s Modcoach

I’ve done interviews with lots of people in the modular housing industry over the years but this one is completely different as I will be interviewing myself! 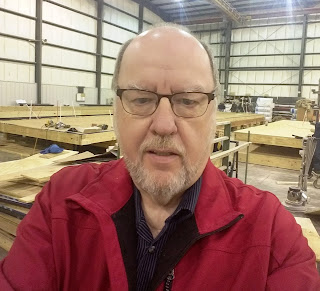 Nobody is more thankful for all the wonderful people I’ve met, conferences and shows I’ve attended, meetings I’ve hosted or modular factories I’ve visited than me.

Since 2010, modular has been the bright star on construction’s horizon. The media has talked non-stop about it and with all the new factories popping up across not only the US but around the world, that star is getting even brighter.

With that in mind I sat down with Gary Fleisher (that’s me) yesterday and asked the Modcoach (me again!) some questions about what he sees coming up for our industry.

Gary Fleisher: How long have you been involved in the construction industry?

Modcoach: I started as a Realtor selling and listing residential and commercial property and moved on to manage several large lumber and building material yards. That led to my becoming the sales manager for a very large home builder for 5 years. I left them to become a GC using panels and trusses. I built 13 houses my first year. That lasted until I fell off a second floor deck and decided it was time to hang up my hammer.

That caught the attention of the GM and Sales Manager for a manufactured housing factory owned by Champion. I was hired to sell mobile homes but quickly became the sales rep for their new IRC modular product, Genesis Homes. Great place to work and cut your teeth on modular.

I moved on to several other modular home factories until 2008 when just about every factory dumped their sales reps. Since I had already been writing a blog about modular housing, I decided to retire and began writing full time.

Gary: I’m sure there were others writing about modular back then, so how did you grow your blog?

Modcoach: I started out by writing about all the ways I thought modular factories and their builders could improve the way they built and sold modular housing. My stints at different factories and all the builders I met gave me the material I needed to write a couple articles a week.

I had met Jerry Rouleau a few years earlier and I reached out to him for his help in what the modular industry could accomplish and he soon became my mentor. None of what I’m doing today would have been possible without his influence and friendship.

Gary: What changes within the modular industry has caught your attention the most?

Modcoach: I guess I should be impressed with some of the new innovations in modular construction along with BIM, 3D printing and a lot of other stuff but that’s not what has surprised me the most.

Tiny Houses, ADUs, commercial/affordable modular and manufactured housing have been the things I have following more than ever. 10 years ago nobody would have thought any of these things would be at the forefront of modular construction but we’ve all been surprised.

Gary: Can you elaborate on each of them?

Modcoach: Taking them in order starting with the tiny house movement, you only have to see that what was once a fragmented industry with tiny homes being nothing more than than modern Conestoga wagons built in people’s backyards to today’s tiny house factories turning out tiny houses on an assembly line.

Auxiliary Dwelling Units, ADUs, have become a way for many west coast cities to overcome the affordable housing crisis. Built in factories, again on an assembly line, these homes are placed on property with an existing residence and mostly used as a rental. Even AIRBNB is having them built and placed on private land.

The commercial modular and affordable housing market is exploding with many new factories being opened, some by the very developers that in the past would site build housing projects.

And finally, the manufactured home manufacturers are gaining inroads into residential areas outside community settings thanks to the work being done to present a more high end product and even two story homes using the HUD label instead of building them to IRC guidelines.

Gary: What does your crystal ball say about the future of the modular construction industry?

Modcoach: Let’s just say it’s a little cloudy at the moment. Almost every factory is working at near capacity to supply everything from tiny houses to affordable housing. Not only the factories that sell products to others but also the factories that have popped up to serve only their own needs.

Look for Pop-Up factories to begin showing up. Innovation will be the buzzword for the next few years as ‘automation’ will not find a home in the modular factory in the foreseeable future.

I see new players, some from the Pacific Rim and Europe entering the North American market. Canada will become an even bigger player as standardization will become the most economical way to succeed.

New custom home modular factories will begin opening to fill the need for people not wanting to be in a cookie cutter home and those already building mostly custom homes will start to expand to meet the demand.

Modcoach, thanks to taking the time to talk with me about modular construction. I’m sure there are many more things you could add to this interview but our (my) tummy is getting hungry and we (I) should sit down and enjoy Peg’s dinner before it gets cold.

Email ThisBlogThis!Share to TwitterShare to FacebookShare to Pinterest
Labels: interview

For years after the housing recession of 2008 the modular home building industry was stagnant. Then homebuilding began an upturn and houses ... 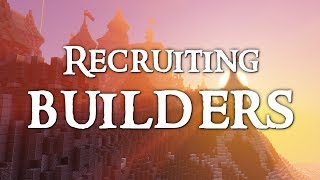