Facebook has launched a $150 million housing fund for the Bay Area’s poorest residents — the company’s biggest affordable housing announcement since pledging $1 billion to the cause more than a year ago. 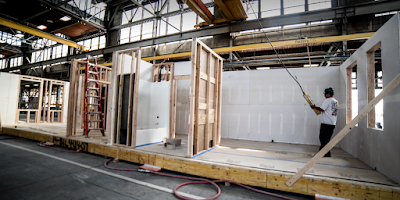 The tech titan’s new Community Housing Fund will provide low-interest loans to developers building affordable housing in Santa Clara, San Francisco, San Mateo, Alameda and Contra Costa counties. What makes the fund unique, is that it’s focused on providing homes for a group that experts say often is overlooked when it comes to affordable housing production: Households making less than 30% of the local median income. In Santa Clara County, that’s $47,350 a year for a family of four.

The Facebook fund is part of the Partnership for the Bay’s Future — a more than $500 million housing fund backed by the San Francisco Foundation, Genentech and others. Since it launched in January of last year, it has invested more than $100 million in 16 projects. Work has started on three renovation projects, and crews have broken ground on a new construction project at 1717 University Ave. in Berkeley.

Facebook also has pledged $1.5 million to All Home, which fights homelessness and poverty in the Bay Area. And the social media company invested last month in Factory_OS — a Vallejo-based producer of modular homes.