The Sad State of the "Starter Home" in America

Today's catch-phrases are "Tiny House" and "Affordable" which is about all some people can afford. Both are being used to house the homeless in many cities and entire villages of Tiny Houses are beginning to appear on the map. 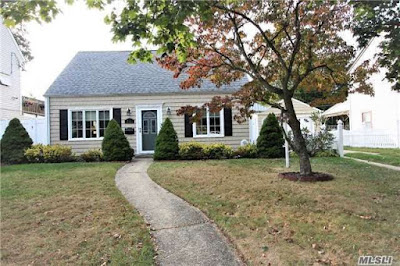 But what about the "Starter Home" many builders used to build to fill the market currently being saturated with ADUs, Tiny Houses and stackable Affordable housing?
The starter home is basically disappearing. They aren’t being built anymore in most parts of the country. In 1950, the average price was $11,000. For perspective, median income, in real dollars, was about $3,300. The average home was 963 square feet. A majority of homes had two bedrooms and one bathroom.
By 1972, prices had jumped to $30,000 while family income was nearly $10,000. Homes, which typically had three bedrooms and at least a bath and a half, now averaged 1,600 square feet. That kind of house can comfortably shelter a family with 2.3 children.
Today, families are smaller — from 1970 to 2014, family size shrunk by about half a person but the average new home is about 2,300 sq ft. More space, fewer people.
Now homes have central air and finished basements and man caves and spa tubs and yes, granite countertops. But all those things are useless to young families who have no idea where to find the $500,000 they have to pay to live in a place with decent schools that’s within 50 miles of their workplace.
Today if a modular home builder could build a home that included the excavation, foundation and finish work for 4 times the median income of say $50,000 bringing the completed house in at $200,000, he/she could sell hundreds of them.
Making a $200,000 home profitable for a homebuilder is junior-high-level arithmetic. Solving for profit — say, 20 percent — land and building direct costs can not exceed $160,000. The problem is, a 20 percent margin on a sub-$200,000 house has become frighteningly elusive in the past decade.
Under $200,000 is now low end and reserved for only the bravest of modular home builders or manufactured home dealers. Do you really think Walmart would be successful if people had the income to support their desired lifestyles? Would the dollar menu at McDonald’s be the best selling products if people had enough money to buy Big Macs?
The under $200,000 detached single-family home is about dead. And if low margins aren’t doing enough to discourage the sale of small IRC modular homes, adding in fee after fee from state and local inspectors and building departments which accounts for 25% of the cost, site utility hookups and taxes, will probably be the hammers that drive the stake into the starter home’s heart.
There used to be areas of the country where people could buy a starter modular home, the land and put in the utilities for under $200,000 but with COVID-19 having more people working from home, long commutes are no longer a barrier to deep rural living. In fact, those rural lots are now selling for a premium and the work from home employee is willing to pay more for a house there than near a city.
And to add to the problem even more, who are the ones that need starter homes? It certainly isn’t the Millennials. They really don’t want the work or upkeep of owning their own detached single-family home. Apartments, townhouses and even tiny houses near major cities where good jobs can be found are perfect for them.
Retiring Boomers really don’t want to step back into the under 1,000 sq ft home they grew up in. Gen X folks are moving into the new home market in a big way and are demanding bigger and better single-family homes.
Soon we will see the least expensive new home breaking $300,000 in most parts of the country and they will not be called starter homes any longer but rather ‘affordable housing’.