Numerous studies of the modular housing industry have been conducted over the years and the conclusions reached by most of them is that our industry is very fragmented and over-regulated. 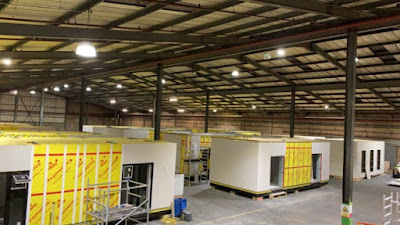 Today we hear about all the wonderful things modular and off-site construction is doing to meet the demand for affordable and custom housing but the underlying problems from 50 years ago are still the same ones we are facing today.

Fragmentation within our industry has always been a major problem.

There are five major fragmented modular housing regions in the US.

The West Coast has a few true custom modular home factories but the demand for their homes is relatively small compared to the modular factories that are producing cookie-cutter affordable multistory apartments and housing for the disadvantaged. All the new technology you hear about at the big off-site conferences and seminars is almost exclusively directed to the West Coast type of modular construction.

When the media trumpets the virtues of modular construction it is mostly about the money flowing into the West Coast market to build ‘state of the art’ factories to feed the West Coast housing monster.

The Midwest and the Southeast are where most of the houses, both modular and manufactured (HUD), are produced and shipped. There are a few custom modular home factories located in these regions but the vast majority are producing both HUD and modular homes.

The Southwest region is dominated by HUD manufacturers. Enough about them.

The MidAtlantic and New England states see the widest variety of modular housing. There are HUD factories in these states along with a couple of ‘plan book’ type modular factories and a good number of true custom modular home factories.

Both would love to serve the entire country with their services but in reality, neither has been able to reach very far beyond the East Coast states. The reason is quite simple. Not only are the individual regions of the country different in their approach to modular, but they also don’t have much common ground to discuss when they actually try.

The different regions see no need to try to understand what the others are doing.

Almost every study about modular housing has cited fragmentation as a big reason for there being no nationwide modular home company with factories in almost every state.

HUD, on the other hand has the “FOUR C’s”, Clayton, Champion, Cavco and Commodore, and when HUD (manufactured homes) conventions and meetings take place anywhere in the US these four and dozens of other HUD factory brands show up as the problems they face are universal.

There really isn’t much that can be done to improve our industry’s situation, especially when "modular" means so many different types of construction. 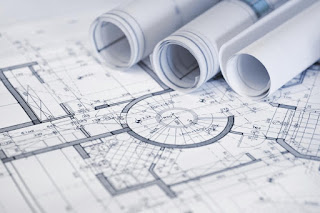 Over-regulation of the modular industry has also been with us for a long time and it appears to be getting worse.

Looking at a site-built home, even if it uses panelized walls, trusses and floor panels, find that giving the plans for to the local or city code and plan regulators is all that is needed. The codes and planning people have been trained to look at a set of site and/or off-site plans, mark them for defects and send them back to the builder or developer, wait for the corrections and then approve them.

However, when it comes to modular housing things take a turn for the worse. Apparently, many state governments don’t think the local code and planning people are smart enough to figure out a set of modular home plans and have added layers of bureaucracy to the process.

First, the states said that modular houses built in a factory need to have their plans stamped by a state-approved third party service before it can go to the production line and since these third party inspection services were already doing plan review and approval stamping for HUD, they were the logical choice to review and give approval stamps to modular housing. HUD plans are not subject to state regulatory approval.

Or so it would seem. However, many state governments don't think third-party inspection services and local code enforcement aren’t quite up to the task of reviewing a six-sided volumetric module and installed “Manufactured or Industrial Housing” departments to make sure those less competent third party and local people actually knew how to review a modular home plan.

Today we find many states not only requiring a third party to sign off on the plans prior to it going into production they also require a couple of “good old boy” state regulators to review the plans again and return every one of them to the factory to correct a missed code number or some minuscule item.

Is this being done to help build a better modular home? Probably not but if they don’t find problems with every single plan sent to them the state may wonder why they required an entire department to review them in the first place.

These state reviewers follow the old rule of “Nobody has ever built a perfect house” and will hold up your plans until you do what we say.

This is not Modcoach saying they do this; it’s every factory person I’ve ever met, most third-party inspectors, every builder and it has also been mentioned in every study of modular housing since 1975.

Can you imagine what would happen if all of sudden, factory engineers and third-party inspectors could submit their plans to the trained staff at the local code and planning departments instead of the state code review department just like their site-built siblings?

You would see a huge increase in the number of modular homes being sold by local builders, factories expanding their production and a much smoother pathway to building a customer’s new home.

These aren’t the only things all those studies found that have been impeding modular housing's growth.

Can these impediments be overcome? Maybe.