Have you ever wondered why there are very few modular home factories with more than one location? So have I!

With modular home builders starting to expand beyond their original territory for selling homes, one of the biggest problems facing them is finding a modular factory to serve their new expanded sales territory(s).

A builder in Boston may want to start a business in South Carolina but will his factory want to go to SC and if they do, will the freight be an unbearable expensive?

Logistic problems are not the only problem. Finding a set crew and finish crews in the new area can be a hassle, especially if the builder wants to expand into an area that is seeing lots of new homes going in.

Finding HVAC contractors can be another obstacle to overcome.

The custom modular home factory is a unique animal. Only a small percentage of them are vertically integrated and those that do tend to serve a very small regional market of about 100 miles from the factory.

Logistics makes expanding beyond that distance a problem. If the factory uses their own set and finish crews, problems become apparent rather quickly. First, let’s assume the factory has its own set crew. They should be able to set from one to 4 homes a week within that hundred-mile radius depending on the house options and complexities.

If the factory can build 2 homes a week, about 7-8 modules in total, having a set crew on staff makes sense if they set every house.

Finish crews are a completely different story. Depending on the complexity of the custom single-family modular home, a fully staffed factory finish crew could be working on the house for up to two weeks. Finding more than one complete finish crew of 4-6 people is an almost impossible job in today’s market. That is why modular factories are looking at the builder to finish the home.

Vertical Integration for the single factory producing custom modular homes can actually start when the builder’s customer has their plans drawn by the factory all the way through the set process, including transportation. The crane is one thing factories shy away from as there is usually more than an adequate supply of them in serving the area.

Going beyond the set is not economically feasible for many factories.

Conclusion: Vertical integration can be a good thing for the modular home factory but stretching beyond the 100 mile radius of the factory could see fewer homes a week being set. 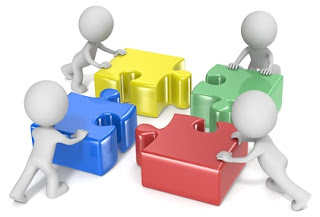 When Softbank gave Katerra $200,000,000 to help stave off bankruptcy, one has to ask if that was a good investment. Maybe.

But what would happen if some of the cash was used to purchase four established custom home modular factories across the East Coast from Georgia to Vermont? Would the outcome be the same? Again...maybe, but I don’t think so.

If an experienced modular housing team were assembled to run the consolidated companies using the best processes from each one, the chances of not only surviving would be good but they could expand even further by taking the interconnected factories and offering the builder that wants to expand a standard product and a team that would work together to help the builder.

Could someone put this consolidation in place and make it work? Yes.

Modular factories have a tradition of being staunchly independent and even getting four modular factory owners to sit down and discuss consolidation could be a trick even Houdini might not be able to pull off.

The big question is, could consolidation actually be the vehicle for growth that our industry has been looking for since its beginnings or would it become the final nail in the coffin for the modular custom home market if it failed?

There are a couple of startups that are looking to open multiple factories across the country but they don’t appear to want to build true custom housing or have any established single-family builder network. Projects and standard planbook housing are their plans for their factories.

Conclusion: Consolidating several custom modular home factories is probably inevitable. Let’s hope the people chosen to do the consolidation don’t fail prey to the same problems encountered by Innovative Building Systems almost 5 years ago when they bought factories from Maine to the MidAtlantic region, then went into bankruptcy.

I hope our industry learned a lot from that experience.