A new commercial modular manufacturer in Pennsylvania is ready to offer small to large-scale modular projects to the East Coast market by restarting the factory once owned by one of the biggest names in off-site modular construction. 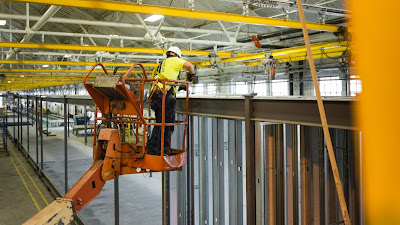 The company, called iBuilt, with head offices in New York and factories in Pennsylvania, grew out of long-established modular builder Deluxe Modular and claims to be able to deliver multi-story buildings 20% cheaper and 50% faster than conventional construction can.

It says its proprietary BIM platform allows it to produce full designs and drawings in 30 days with a guaranteed price and construction schedule and the promise of no change orders.

“iBuilt is disruptive. This company is reimagining the fundamentals of the construction industry by streamlining the design and build processes and making great strides towards efficiency,” said Gonzalez. “Although the construction industry is one of the largest in the world, it’s the least digitized and has lacked innovation for decades. Joining the team presents an opportunity to be a changemaker and to create better and more efficient ways to build.”

The company joins Silicon Valley start-up Katerra in attempting to lure developers to tech-driven modular construction. Katerra, however, has struggled with delays, cost overruns and layoffs. Earlier this year it emerged that its investor SoftBank had to inject another $200m into its coffers to prevent it from having to seek protection from creditors.

iBuilt says it has more than $150m in signed orders for buildings and $600m of new deals in negotiation.