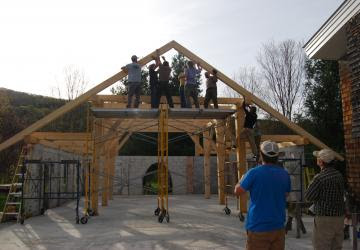 I recently read an article about a factory that had a skilled worker putting an electronic part onto an engine as it went down the assembly line. A college graduate was hired to improve efficiency on the production floor. He watched the woman installing the part onto the product and said we can improve that.

He ordered a study of her actions, had a team review the study, and come up with a plan that involved a robotic arm that could replace her and speed up her part in the production line.

With the cost of the research, the robotic arm, the installation, and programming, it only came to $1.700,000 over its 15-year expected lifespan. Only after it was installed did they realize the woman would only have cost them $600,000 over the next 15 years and even though the robotic arm could triple her time to install it, the assembly line never ran any faster.

Skilled labor has always been the key to a successful off-site factory and always will.

Here are some facts you should know about why you need to rethink the classic “my kid is going to college” scenario.

First, while college graduates earn more, on average, there are many occupations where trade workers earn more than degree holders. For example, the average secondary school teacher earns $59,000. All seven of the highest-paying vocational jobs pay more than $59,000. So, averages do not tell the entire story.

For years, parents, counselors, and other concerned adults told high school graduates that college was the only certain path to success. But today, college costs have soared. Over 44 million Americans carry massive student loan debt. This reality has pushed families to view trade school with fresh eyes. In fact, a 2019 survey found that over 90% of parents would recommend a vocational career to a student.

"America is lending money it doesn't have to kids who can’t pay it back to train them for jobs that no longer exist. That’s nuts.” - Mike Rowe

By contrast, the average cost for a vocational program is around $33,000. Because trade school costs so much less than college, it can be a good option for students who lack financial resources. Plus, many vocational schools offer their students paid apprentice programs, further offsetting the cost of schooling. Some off-site factories are even paying for people to attend vocational schools. 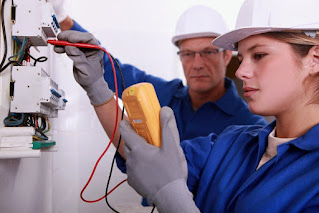 When asked what type of work was most difficult to master (out of 32 different trades), respondents (the average age of which was 43 years old) were in agreement — electrical work was the hardest to master, followed by carpentry, HVAC, and cabinets/countertops.

It’s time we realize that without a skilled workforce, our reliance on imported products and labor will only increase.