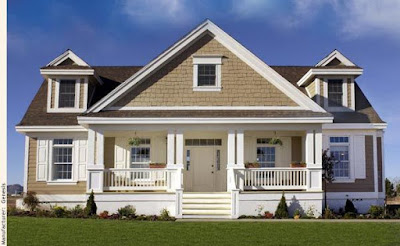 The North Little Rock, Arkansas council is about to weigh in on a proposal to allow manufactured housing, or maybe it's modular housing, in their city limits.

The ordinance states that the modular home must be a 1,620-square-foot Amori DV-5801 home that meets the requirements of the Arkansas Fire Prevention Code, city code and state code. The home would also have brick underpinnings to match the neighborhood, and there would have to be at least one tree on the lot.

A modular home is a house built in a factory setting, then transported to the building site and assembled on a foundation.

Modular homes became popular in the 1980s and 1990s as an affordable alternative in neighborhoods where trailers are banned.

The controversy around them reached its peak in the early 2000s when cities across the country tried to ban modular homes as residents complained about them not "fitting into" neighborhoods, according to an article from the Chicago Tribune.

Manufactured housing is rarely used in metropolitan communities because of regulatory restrictions.

The Manufactured Housing Institute states that more than 22 million people nationwide live in manufactured homes because they're the least expensive kind of housing available without a government subsidy.

The North Little Rock ordinance was originally proposed at the March 22 meeting, but it was held by Council Member Nathan Hamilton after other members and some neighbors in the area known as the Military Heights Renewal Addition expressed hesitancy about placing a manufactured home on the vacant lot.

"How can we be assured that there is not shoddy workmanship going on?" Brenda Hampton, who identified herself as a Military Heights resident, said during the City Council meeting. "Would you allow this on Main Street? Would you allow this on Park Hill where there are vacant lots? If you wouldn't allow it in these neighborhoods, then it's better to have a vacant lot than to bring in something shoddy."

Gary Fleisher, Managing Director and contributor to the Modcoach Network and its blogs.