There is a growing trend of developers wanting to use modular construction to shorten their build-out times but with only a finite number of modular factories in the US, several have already built their own factories. 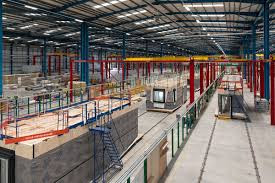 We are seeing this happening in the West, especially in CA and CO where the need for multi-story affordable housing is increasing rapidly but there are few modular factories to handle this snowball of demand.
2020, in spite of COVID-19, has seen several new modular factories opening West of the Rockies and many more planned for the next few years, all geared up to supply the affordable housing market and most of them are being built by developers for their own projects.
In the East where there are more modular factories, that demand is currently being met but with Google, Amazon and Microsoft moving large segments of their management and research facilities to the Metro DC and northern VA area, demand for affordable housing there will soon increase manyfold.
Those established East Coast factories that for decades relied mostly on single-family home builders have been shifting some or even most of their production to projects of 20 modules and larger. However, this creates a secondary problem many of those factories feared might happen and in fact, it has already started.
The problem is inconsistent production. When these factories were building mostly homes and townhouse projects, keeping the line filled was not a major problem but projects are anything but consistent. If a 100 module project is put on the production line today and takes 6 weeks to complete, it means no single-family home can be produced because of the tight schedule required by the developer of the project.
That single-family home goes to the end of the production schedule where hopefully it and all the other homes that have been ordered will be completed before the next 60 module project, requiring another 4 weeks of production time.
In the winter, many factories look for projects to keep the line full as few modular home builders in the North want their homes delivered. That’s great in theory but all it takes is one of those projects to be delayed a month or more and you can just throw all your best-laid plans out the window.
You have nothing to build for an entire month and when the project once again is scheduled for production, tying up 4-6 weeks, all those new homes builders who ordered their Spring housing starts need to have them on the line. But the factory promised another developer they would start their project and so it goes, on and on. Feast or famine.
Developers in the Western US are doing something about this problem by taking things into their own hands. It won’t be too much longer until East Coast developers say “Enough” and begin buying their own factory or building one.