The 'third rail' looks like a normal railway rail but is electrified. The electricity is so strong that if you touch the rail, you will be seriously injured or killed. 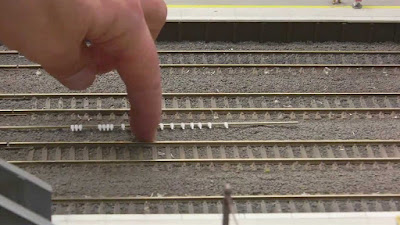 But that’s just what the entire modular housing industry did and it not only survived the shock, it has never looked back.

Just a couple decades ago, when someone mentioned modular housing they could have been talking about a true IRC home or a manufactured HUD home. The term modular was that interchangeable and easily confused.

Now, in less than a decade ago something has happened that would force the modular construction industry to touch the third rail.

Marriott ordered a hotel to be built in a modular factory!

Doesn’t sound like a real ‘third rail’ moment but it truly was. There have always been two distinct types of modular. Modular housing and commercial modular construction.

After the 2008 housing recession, many factories were looking to anyone that could keep their factories pumping out modules. That’s when the first glimpse of the third rail appeared.

On the East Coast, Hurricane Sandy was their answered prayer when thousands of destroyed homes needed replacing in NJ, NY and New England and the Eastern Shore. Even though many modular factories closed their doors forever just before Sandy, it gave new life to the single-family modular home factory, mostly located in Pennsylvania.

In the Midwest, a series of floods and tornadoes wreaked havoc on many communities and the modular single-family factories in the Midwest stepped up to meet their need to rebuild.

The West Coast faced a slightly different situation with new wildfires starting just about every few days. Those homes destroyed by fire needed to be replaced. While that was happening, California found itself with a lack of affordable housing to meet its growing high-tech industry.

And this is when the “third rail” officially appeared. To meet the demand for affordable housing, whole communities of single-family homes and townhouses and even ADUs and Tiny Houses, the modular industry needed to ramp up not only production and the basic way it builds its modules.

Automation, robotics, AI, BIM and various software apps began coming at the existing factories so fast with changes that it sent factory owners and GMs looking for ways to keep up.

“And that is when our industry touched the “third rail.”

It wasn’t something tangible. It was an awareness by builders, both single-family and tract, affordable housing and huge commercial developers and even industries like the ocean-going ship and commercial airplane builders that “MODULAR” would be the path to building America’s future.

They are the ones that installed the third rail and forced the modular industry to touch it as it was the only way our industry would ever grow.

And grow it has!

New factories like Autovol and Factory OS are leading the charge to improve after being forced to touch that rail. Modular bathroom pod factories like Modular Living Solutions have moved the lack of skilled workers at the job site into the production line after touching that rail.

These are the new faces of modular construction and they are showing the existing factories the path to follow. Soon touching that third rail by those older modular factories will begin adding that electricity in them as well.

Once that “third rail” was touched and everyone saw that modular construction not only survived that first touch but is thriving, it won’t be long before everyone in our industry begins doing it and looking for better and bolder ways to produce an amazing variety of modules for every scenario.

I can’t wait to see what is going to happen over the next few years and it all started, in my opinion, when Marriott wanted to build modular hotels.

Gary Fleisher is the Managing Director and contributor to the Modcoach Network and its affiliated blogs. Email at modcoach@gmail.com
Sign Up to receive the Modcoach News newsletter twice a week
on April 29, 2021