A look at the New Levittown by Kim Shanahan

One possible answer to America’s housing crisis is to abandon custom homebuilding. 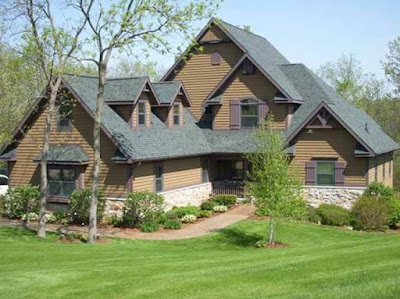 The last project I contracted in 2008 was a 100-lot subdivision on the south side with an affordable housing requirement mandating 70 percent be sold for under $200,000. Between April 2008 and the crash that October, we sold 22 speculative homes. Every house was exactly the same, the only difference being the color of stucco and metal roofs.

That project was governed by the city’s now-defunct Housing Opportunity Program that had tiers A through D, each tier having different affordability rules. Our project was Type A, meaning we had to make a small profit on the 70 percent because sales from the 30 percent market-rate homes were not enough to subsidize any loss on the affordable homes.

We also had to compete with one of the largest homebuilders in America and the city’s most successful housing development nonprofit. In the six-month period before the crash, we outsold them both. Combined. In homes with no choices.

Because every kitchen and bathroom was exactly the same, the most costly components of any house, we bought in scale. That meant better cabinets, granite countertops, name-brand fixtures and top-shelf appliances. That was the sizzle, but the steak was high-performance materials and cutting-edge building science for the times.

For years we’ve heard millennials were attracted to multifamily apartment rentals for maximum mobility. No thanks to being pinned down by a mortgage on a detached home on a lot in a subdivision.

That thinking is so pre-pandemic. Plus, that generation isn’t “youth” anymore. They’ve grown up. They’re forming families. They’re chipping away at student loans. They have careers, not jobs, and they want a house.

Modern homebuilding long abandoned the postwar model pioneered by Levittown on Long Island and our own Allan Stamm in Santa Fe. The ethos then was: “We build the house. You buy it. Hope you like it.”

Customization flipped that on its head: “Tell us what you want and we’ll build it.” Even tract-home megabuilders let their buyers pick finishes from stock plans. Even manufactured homes with axles and wheels pretend to customize.

All that adds cost and minimizes cost-effective efficiencies.

Take it to its logical extreme and we get what we have in Santa Fe: super-high-quality builders and tradespeople building houses one at a time for ever-wealthier clients. In other words, builders who say, without blushing, that their base price starts at $300 per square foot and goes up quickly from there.

Not only is that not sustainable, it means there aren’t a lot of Santa Fe millennials throwing down a half-million dollars for a new 1,500-square-foot house. Even if they could find one. Which they can’t.

The national industry is abuzz with ideas like “off-site modular,” “build to rent” and “rent to own.” It’s not just hype or the latest frothy trends. It is likely the only way we baby boomers will get our kids into homeownership, which is still the easiest way to accumulate increasing net worth over time.

Off-site modular construction delivered and craned into place is quickly being seen as the best built, most sustainable, most resource-efficient and least wasteful method of construction. It saves time, labor and money.

Unfortunately, most major players in that space are chasing maximum customization and not maximum affordability. They are not compatible.

Consumers may need to accept that personal touches will be limited to interior decorations and furnishings and whatever energy they have to harvest roof water and landscape lots.

"We build it. You buy it. Hope you like it. Our parents accepted it. Our kids may, too."

Kim Shanahan has been a Santa Fe, NM green builder since 1986 and a sustainability consultant since 2019.