Affordable housing is a term you hear thrown around by every town, city, county and state housing official throughout the nation. They want more of it built to meet the demand. They are looking for innovative new approaches to the problem but continually run up against government regulations at all levels making it almost impossible to accomplish. 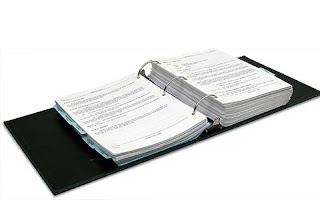 Many factors can constrain housing starts, especially single family starter homes — the availability of finished lots, labor supply, credit for land acquisition and home building. But regulations and government fees are the greatest barrier to new housing starts.In the 50 years from 1957-2006, the United States averaged 1.54 million housing starts per year. Not once over those 50 years did housing starts fall below one million in a single year. Compare that to the six years from 2008-2013, when starts fell below one million every year, and went as low as 554,000 in 2009.The Great Recession was caused by a credit crisis. That crisis, fortunately, has largely abated. However, even now, almost a decade after the downturn began, the preliminary housing starts number for 2019 — 1.29 million — is still 250,000 starts below the average maintained over the course of 50 years.The reality is that the nation faces a chronic housing shortage. That means higher housing prices, rising rents and increasing economic stress for low and moderate-income households. The Coronavirus is also going to be another rock many in our industry will trip over soon.The single greatest cause of rising housing prices is excessive regulations that increase the time and cost of building new homes. Government regulations limit the supply and drive up the costs of land. They increase the costs of construction. In some places, out-of-control impact fees drive new home costs beyond the reach of the typical household.

I’ve spoken to many residential modular home factory owners and GM’s about what impact they are facing today that they weren’t just 10 years ago and almost without exception they believe that the rapid changes being made to codes and regulations at all levels is beginning to take its toll on the builders.

Added costs of regulations and codes during production of the home, after it’s set and finished are up substantially as well as land and use fees and many other factors that have just about killed traditional affordable housing whether it is off-site or modular.
Nationally, almost 25 percent of the cost of a typical new single-family home is the result of government regulation. The compounding of myriad local, state, and federal requirements has a profound impact on housing affordability and homeownership. The cost of regulations on a 2019 new home valued at $348,900 would be approximately $84,671.In some locations, burdensome regulations and steep impact fees sometimes make it infeasible to build a new home at all. It is not a coincidence that the overwhelming majority of the least affordable communities in the nation are in California, the most heavily regulated state in the country.At all levels of government, the “good ideas” of council members and commissioners, state legislators and federal legislators create a deep, broad morass of excessive and overlapping regulations that leads to the unintended consequence of increased housing costs.  No matter how well-intentioned these regulations may be, the net effect is a direct and damaging increase in housing costs that disproportionately affects low and moderate-income families.Millennials entering the home buying market are being shut out of starter homes and forced to make decisions that many Boomers like myself can’t even imagine. They want to live independently but are looking at alternatives to the over regulated and affordable 1.400 sq ft detached home built in a nice neighborhood.

Today Millennials have a lot of poorer quality options, some not we might not consider liveable and even some that are not built to any building codes and placed on property illegally. There are tiny houses, container homes, less than 300 sq ft rental apartments, RV’s and of course, Mom and Dad’s basement. 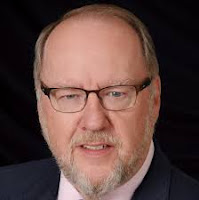 Gary Fleisher is a housing veteran, editor/writer of the ModularNews blog and Modular Construction Industry Observer and Information Gatherer